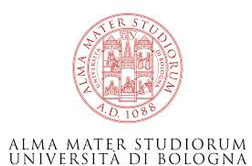 Almost 1000 years old, the University of Bologna (UNIBO) is known as the oldest University of the western world. Nowadays, UNIBO still remains one of the most important institutions of higher education across Europe and the second largest university in Italy with 11 Schools, 33 Departments and about 87.000 students; it is organized in a multi-campus structure with 5 operating sites (Bologna, Cesena, Forlì, Ravenna and Rimini), and, since 1998, also a permanent headquarters in Buenos Aires. With regard to the capability of attracting funding, UNIBO is very active both at National and European level. At European level, with 91 million Euros from FP7 and other EU funded programs (269 projects funded in 2007-2013; in 58 of them UNIBO was coordinator) UNIBO is the first Italian university for the attractiveness of European funding for research, 31st in the European ranking of institutions of higher education. UNIBO is also affiliate partner of the EIT KIC “EIT ICT Labs”. At National level UNIBO ranks second for competitive research funding from the Italian Government. At the University of Bologna, activities related to European funding programs are supported by the European Research and Innovation Office, which has more than 10 years’ experience with European projects.

Sabato Mellone , PhD in Biomedical Engineering. His main research activity is in the area of human movement analysis, signal processing, wearable sensors, ICT in clinical practice, personal health systems design and validation, and mobile health. Since January 2012 work package leader within the multidisciplinary project FARSEEING (EU-FP7) aimed to promote better prediction, identification and prevention of falls with a focus on ICT devices. He is author of about 30 papers published on conference proceedings, international journals.

PhD in Electronic Engineering, Full Professor of Artificial Intelligence at the University of Bologna, Italy. Her research activity focuses on programming languages, with particular reference to logic programming and rule- based languages, and their extensions towards knowledge representation and expert systems on medical domain. In particular, knowledge-based systems for biochemical and microbiological laboratory data validation, bacterial infections monitoring and scheduling for screening processes was developed. She is author of more than 180 papers published on international journals and conferences.

PhD in Computer Science, Assistant Professor of computer science at the University of Bologna. His research activities focus on the area of Rule-based models and Logic Programming, with an interest for their extensions on knowledge representation, fuzziness, uncertainty and probabilities. He has been Work Package leader for the implementation WP in the FP7 EU "ePolicy" project, where a complex hybrid Decision Support System has been developed as main outcome of the project. He also collaborated within the EU Farseeing project (FP7) for the definition of a rule-based, probabilistic DSS. He is author of more than 70 papers published in international conferences and journals.