VU University Amsterdam founded in 1880, is a leading research university that ranks among the best in Europe. VU University Amsterdam employs many researchers who are among the best in their respective fields, at both national and international level, and for several years has been one of the leading academic research centers in Europe. The VU houses 12 faculties, 14 interdisciplinary research institutes, participates in two national research centers of excellence and is participant in 40 accredited research schools, of which 6 as coordinating institution. In total, the VU employs over 1,750 research FTE and yearly more than 6,650 academic articles, monographs and books are published and more than 300 doctorates are honored. ‘Stichting VU-VUmc’, the legal entity comprising VU University and the VU Medical Center participates in 296 FP7-funded projects.  Aging research is one of the top priorities; of all Dutch universities, VU University and VU University Medical Center harbour the highest number of professors working in the field of ageing and old age. 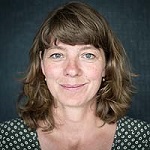 Mirjam Pijnappels (female), PhD, is Professor at the Faculty of Human Movement Sciences of the VU University Amsterdam. She received her PhD degree in 2004. Her research focuses on balance control and falls in the elderly. In her work, she combines experimental and epidemiological studies to unravel the causes and underlying mechanisms for falls. On this topic she received a VENI grant (2006), a TOP grant (2009) and a VIDI grant (2014) from the Netherlands Organization for Scientific Research (NWO). She was part-time appointed at the EMGO Institute for Health and Care Research of the VU Medical Center (2004-2009) to coordinate the national fall database and to serve on the board of editors of the Dutch Knowledge Network Seniors Fall Prevention. Dr. Pijnappels has authored over 40 peer-reviewed scientific publications and presented in more than 20 international meetings, of which 6 were invited. She has graduated 4 PhD students and is currently supervising 4 PhD students within projects on Fall Risk Assessment in Older Adults (FARAO), the MOVE-AGE Erasmus Mundus Joint Doctorate Programme and her VIDI program on falls due to mismatch between self-perceived and actual abilities. She has served on several PhD committees, is member of a national scientific funding committee (NWO-TOP) and partner in the European Innovation Partnership on Active and Healthy Ageing (EIP-AHA).

Prof. Andrea Maier is a specialist Internal Medicine-Geriatrician and full professor on Ageing at the Department of Human Movement Sciences at the VU University Amsterdam, The Netherlands and Professorial Fellow of Aged Care at The University of Melbourne, Australia. She combines the professorship with the role as Divisional Director of Medicine and Aged Care at The Royal Melbourne Hospital, Australia. Her research is driven by her passion to unravel ageing mechanisms and the interaction of ageing and age-related syndromes and diseases, which eventually leads to counteracting interventions. Her research group particularly focuses on sarcopenia and cellular senescence and its influence on age related diseases. She conducts several observational and intervention studies. She published more than 140 research articles in the last 8 years, initiated several national and international research collaborations (EU consortia) and participates in several research committees to eventually increase the visibility, quality and quantity of ageing research.

PhD, is full professor of biomechanics at VU University Amsterdam. He was the chairman of the Institute for Fundamental and Clinical Human Movement Sciences, an interuniversity research school in the Netherlands from 2007-2010. He was the Treasurer of the International Society for Electrophysiology and Kinesiology (ISEK) from 2006-2012. He served on the council of Dutch Society for Human Movement Sciences from 2005-2007 and chaired that council from 2007-2009. Currently, he is the scientific director of MOVE-AGE, an Erasmus Mundus Joint Doctorate Programme, providing research-based PhD training on the prevention of mobility loss with ageing. Prof. van Dieën’s research was recognised internationally with invitations to speak at international conferences and invitations to serve on PhD committees and advisory committees on research policy and research funding abroad. 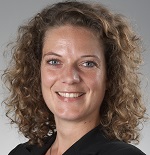 Nini Jonkman is a post-doctoral researcher at the Faculty of Behaviour and Human Movement Sciences at the VU University Amsterdam. She is part of the research group Mobility and Ageing. She obtained a Master’s degree in Human Movement Sciences, in Management of Policy-Analysis and Entrepreneurship in Health and Life Sciences (both at the VU University Amsterdam) and in Epidemiology (at Utrecht University Graduate School of Life Sciences). In May 2012, she started with a PhD project at the University Medical Center Utrecht. The PhD project addressed self-management interventions for patients with a chronic condition, in which she could integrate her knowledge on motivational aspects of health behaviour. Through establishing an international collaboration for an individual patient data meta-analysis, she identified effective characteristics of self-management interventions and subgroups of patients in which such types of interventions work best. Her interest lies in epidemiological research, behaviour change, physical activity and elderly populations. In PreventIT, she mainly contributes to the development of the risk screening tool and profiling tool (WP3) and is also involved in the planning and execution of the pilot studies and feasibility RCT (WP6).

Jeanine Van Ancum is a PhD student at the Faculty of Behavioural and Movement Sciences at the VU University Amsterdam and MOVE research institute Amsterdam. She obtained her master’s degree in Medicine in February 2016 after finishing her research internship at the department of Internal Medicine, Section of Gerontology and Geriatrics of the VU University Medical Center Amsterdam. She was involved in a project called EMPOWER, an observational, longitudinal, multidisciplinary study in older patients admitted to the hospital to understand the detrimental effects of inactivity during hospital stay. In PreventIT she will mainly be involved in the planning and execution of the pilot studies and feasibility RCT.

Trynke is appointed as an Assistant Professor in epidemiology and biostatistics at the department of Health Sciences at the VU University in Amsterdam as well as a senior researcher at the Department of Rehabilitation at the University Medical Center in Groningen. In Amsterdam, Trynke spends most of her time lecturing epidemiology and biostatistics to Bachelor and Master Students in Health Sciences and Epidemiology, whereas her research in Groningen focuses on promotion of an active lifestyle during and after rehabilitation among patients with physical disabilities or chronic diseases.
Trynke obtained a Research Master’s degree in Public Health Research (2007) and in Epidemiology (2008). On May 13, 2013 she defended her PhD-thesis entitled “Applied Latent Class Models for Epidemiology”.
Her interest lies in epidemiological research, applied biostatistics, active lifestyle promotion and teaching. Trynke enjoys collaborating in multidisciplinary research teams to conduct high quality research and aims to teach her students to become critical, constructive academics.
In PreventIT, she mainly contributes to the development of the risk screening tool and profiling tool (WP3).